Cargo Clearance Rates At Nairobi ICD To Be Tripled 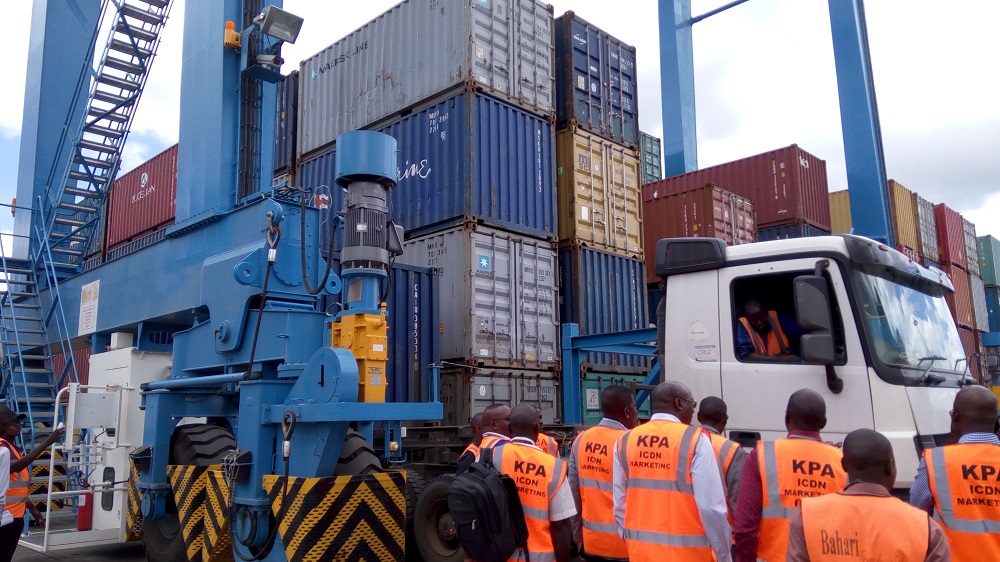 The government plans to triple the number of containers being cleared at the inland container depot in Nairobi from 50,000 a month to 150,000.

The acting Cabinet Secretary to The National Treasury, Ukur Yattani has said the modernization and automation of systems at the depot will significantly facilitate faster cargo clearance and boost revenue for the taxman.

The problem of delayed clearance of cargo in Kenya’s ports has been one of Kenya’s long standing hindrances to the ease of doing business.

So much so that in may, president Uhuru Kenyatta was forced to personally intervene following a wave of complaints from traders over undue delays in the clearance of their cargo.

Since then, efforts to accelerate the clearance process have been on high gear at the depot.

The inland container depot team aims to clear all cargo within an average 4 days within the next four years; a goal whose achievement will require the involvement of all port users.

According to the Kenya Revenue Authority commissioner general, the automation of customs clearance services has significantly boosted the taxman’s revenue collection.

The KRA boss added that modern cargo scanners have been installed at the port of Mombasa, the Nairobi ICD and at the Namanga one-stop border post to stamp out malpractices such as mis-declaration and under-declaration of cargo.