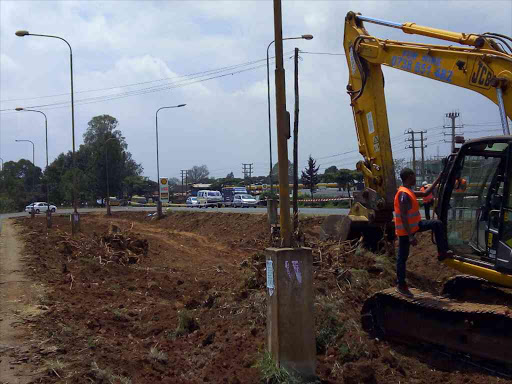 The expansion of James Gichuru Road – Rironi section of Waiyaki way is likely to take longer than scheduled owing to delays in the compensation of about 4000 land owners that are affected by the project.

The Kenya National Highways Authority (KENHA) says it requires Ksh12 billion to conclude the compensation process but has so far paid out only Ksh1.2 billion.

The state department for infrastructure is now calling on the national treasury to expedite the release of the funds for the compensation process to continue.

In March this year, the National Land Commission was put on the spot overinflated compensation for land acquisition in the Ksh16 billion James Gichuru-Rironi Road expansion project.

NLC had increased the compensation cost of one section of the 16-kilometre dual carriage road from Ksh1.4 billion to Ksh6.4 billion before lowering the figure to Ksh5.1 billion.

The Commission had earlier in March been put on the spot overinflated compensation for land acquisition in the Sh16 billion James Gichuru-Rironi road expansion project by China Wu Yi Company.